How to Buy Bitcoin, Ethereum & Crypto in Canada in 2022 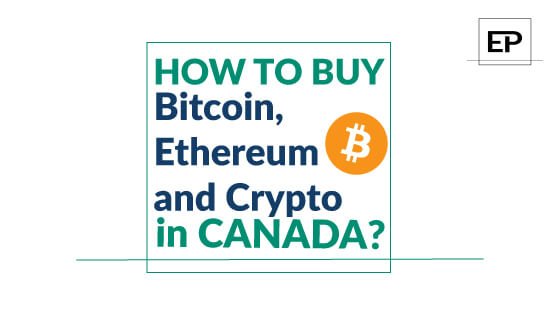 Emanuel Petrescu is an accomplished Toronto SEO consultant with more than 10 years of experience in digital marketing.

Now, I strongly recommend you take the time and read this article. Also, do your own research, and remember that this is ongoing learning.

Crypto is a hot interesting topic (and will be for the next couple of years) and what better way to share my knowledge and experience so far than to write blog posts. I recently heard about a friend who got a call from a shady company offering him to buy some bitcoin – which he did. It wasn’t much (300$CAD) and the company was a legit shady company, that took a big commission – bottom line, he has the BTC, but it’s in a wallet with that firm and he needs to pay some extra $ to have access to it. The company is based in Malta and apparently, they are ok to operate. And apparently, this happened last year so he made some good money because Bitcoin went up significantly. But still, not your keys, not your money.

These things happen all the time, and because this technology is still new, there’s room for many scams that everyone’s exposed to (don’t think that if you know more than others, it’s less likely to get scammed).

Since I found myself explaining what bitcoin, blockchain and cryptocurrencies are to my friends, I thought, why not write a blog post about it so I can simply give them the link – I know they won’t go through all of it, but you will. And thank you.

This is intended to be a how-to guide on bitcoin and cryptocurrencies in general since Canada is a hub for blockchain applications. I also intend to keep adding content, so depending on when you arrive here, you’ll see new updated information.

Disclaimer: I am not a financial advisor and by no means you should take this as financial advice. As a rule of thumb, never invest more than you afford to lose (not just in crypto). I’m just sharing some of my personal experiences I had so far. Opinions are also my own (obviously).

Even the financial advisors use this disclaimer nowadays – seems like no one wants to take responsibility for what they are saying. Sounds weird, right?

What do you need to know about bitcoin and crypto in Canada?

Canada is probably the most advanced country in regards to how it treats bitcoin, cryptocurrencies and any blockchain projects. Ethereum, the second most popular blockchain project, was created in Canada, as well as several other projects in the field. Indeed, Canada is a pioneer also in regard to its tax treatment.

Do you have to pay taxes on Bitcoin in Canada?

In Canada, you pay taxes when you exchange Bitcoin for fiat currency – Canadian dollars for example. So as of April 2021, you don’t pay taxes on the Bitcoin (or any other cryptocurrency, including stable coins like USDT) you own – only when you exchange them. Also, if you use bitcoin to pay for goods and services, those transactions might be subject to taxation. If you mine bitcoin, that’s another story as well. But for the majority of people who see bitcoin as an investment, buying and holding, there’s nothing to do. It goes without saying that you should keep track of every transaction (it’s not like they are public anyway :P). More information can be found on the Canadian government’s website.

So yes, remember. Regardless of what you might hear, all transactions are public – the blockchain is essentially a public ledger. You can’t see your name, you’ll see just a string of characters that represents your keys with which you can access your bitcoins on the bitcoin blockchain.

Let’s take a step back and talk about what is the blockchain, who invented it, why is it different and why do I need it.

Throughout my journey, I discovered individuals far smarter than I who can explain this universe better. I recommend watching this video by Andreas Antonopoulos, a leading ambassador for blockchain and bitcoin. He was in front of the Canadian Senate in 2014 explaining the concepts. What better example than this video can someone give?

This should be studied regardless of your decision to invest or not in bitcoin or cryptocurrencies.

Andreas also wrote a book called Mastering Bitcoin which is not as technical as one might think. I would go as far as to name it the manual, although it is not exactly that. But it is a good place to start, and if you’re not a software engineer, and considering this space is complicated, you’ll find other books harder to read and understand.

Andreas is a professor, so he has the skills to make you understand something as complicated as bitcoin and blockchain, using simple words and associations. It’s safe to say that he’s a trusted source in regards to everything (especially technical) on bitcoin and blockchain. And the best part is he’s putting (for free) a lot of content out there. You can probably spend the next year (easily) browsing his YouTube channel. He also has a book called Mastering Ethereum, which is another successful blockchain project.

Where to buy Bitcoin and crypto in Canada?

I’m glad you asked. Here are the short and sweet answers, and the companies I use to buy my crypto.

You can also keep your bitcoins or USDC on LEDN, a platform that pays you interest on the crypto you store with them and also offers you the option to borrow fiat against your crypto.

Soon to be listed on the TSX Ventures. Hands down the best services when buying and selling crypto in Canada, from a user’s perspective. I’ve worked for Coinberry for a couple of months as a freelance digital marketer, but that’s not the (main) reason why I say Coinberry is the best for buying and selling. Especially if you’re new to this space.

They managed to streamline the process in a way that makes it simple and efficient. It’s simply easy to use and intuitive. They communicate constantly via Twitter and blogs and keep up with their growing customer demands.

Blockchain is still a new environment and as I said several times before, it’s not an easy environment. It involves money (value), it acts sometimes like a bank account, but it’s not as easy as a bank account (I would definitely argue on this one) – regarding the interface. Only a couple of years back, your wallet was not just a simple app that you could install on your phone. You had to initialize it by writing the code yourself, test it first, etc. Like the internet in the 80s. Now we’re in the 90s, so still, a long way till we’ll have Netflix. Using Apps like Coinberry makes the process really simple and intuitive.

You might have heard about QuadrigaCX. If not, here’s the short version: Quadriga CX was a successful Canadian trading platform for Cryptocurrencies. And then the founder died. The problem was that the keys to access all the funds on the platform were with him. Again, not your keys, not your coins. The circumstances of his death are subject to investigations, but that leads to a series of regulations to ensure that won’t happen to other platforms (that’s why I use the platforms that I recommend). So yes, you need to learn. As I said, this is a good place to start.

Coinsquare was actually the first Canadian service used to purchase crypto. At that time, it offered a plethora of tokens not available on any other (legitimate) platforms or on other exchanges. It has since then evolved tremendously and recently (in 2022) has been through a platform change/migration. It has an advanced trading format for those passionate about day trading and overall I haven’t heard negative reviews. It seems trusted enough to make transactions safe. Of course, they have a solid verification process and the mobile app seems intuitive.

Not sure if I said before, but not your keys, not your money and all the platforms are subject to… anything (could happen). It’s best to store your crypto in your own private wallets.

They used to have a decent affiliate program also but after the platform migration from 2022, they seem to (silently) remove this offer to their users.

Bull Bitcoin is one of my preferred platforms for purchasing BTC. You can only get bitcoins, no other cryptocurrency, and it delivers the BTC your purchase straight to your digital wallet – they don’t hold anything on the platform itself. The process is pretty straightforward – the most direct process there is. On the website they have some pretty good services where you can use your bitcoins so if you’re a bitcoin maximalist (the term used for those who believe only in Bitcoin) and are from Canada, this is definitely something to look into.

Bitcoin is a digital currency and there is no such thing as a physical Bitcoin. It can be used to make electronic purchases of goods like clothing, groceries, and automobiles. Since its value changes over time, it has also been utilized as a form of investment. Transactions in the Bitcoin network are confirmed by network nodes and stored in a public distributed ledger known as the blockchain, which allows the system to function without a central controller or bank. So Bitcoin is also a system.

Satoshi Nakamoto created the cryptocurrency bitcoin in 2008. It is not supported or under the authority of any governmental body or other entity, and market forces decide its value.

What do you use Bitcoin for?

Similar to gold, bitcoin can be used as a store of value without being vulnerable to physical theft or inflation. Electronic payments can also be made using it without the aid of third-party organizations like banks or credit card firms. Bitcoin can be obtained in one of three ways: directly from an exchange, as payment for products or services, or by using specialized technology to “mine” new coins.

How much is a Bitcoin?

The blockchain is a technology that powers bitcoin and other cryptocurrencies. It is a distributed database that records transactions in a digital ledger and stores them. Although blockchain can be used for more than just money, it was initially designed as a system for electronic money. Numerous industries could be affected, and it could fundamentally alter how we conduct business.

← Prev: Immigrant authors and their experiences - Café New Canadians Next: It's Always About the People - All Personal Podcast →

The page you requested could not be found. Try refining your search, or use the navigation above to locate the post.